Canada. There is plenty to admire about it. People across the world love us. We’re the home of lacrosse and the Pizza Pop.  The US envies our abundance of Lays ketchup chips. We are a proud people known for our friendliness, passion for hockey and our beer swilling ways—when the Irish aren’t around. On any list of “Best Countries to Live In”, Canada easily ranks in the top 5.  But what stops Canada from being a patriotic nation that stands united is one depressing fact: nearly 70% of high school students do not know the lyrics to “O Canada”―Canada’s official national anthem since July 1, 1980― despite hearing it every morning before class.

O Canada!
Our home and native land!
True patriot love in all thy sons command.

With glowing hearts we see thee rise,
The True North strong and free!

From far and wide,
O Canada, we stand on guard for thee.

God keep our land glorious and free!
O Canada, we stand on guard for thee.

O Canada, we stand on guard for thee.

It is not uncommon for Canadians to sing the lyrics up until “true patriot love” before their voices trail off into silence.  This is ironic because an anthem is meant to inspire exactly that: a sincere love for one’s country. Clearly, O Canada fails in this regard and is in desperate need of a replacement. What would take its place though? A traditional song known by many, as young as five, a song that truly captures the spirit of all that is Canadian: a song often referred to as “Old Macdonald Had a Farm”.

I know what you’re thinking, but hear me out. Throughout history, positive change has always been accompanied by controversy (television, computers, the abolishment of slavery), and I assure you I do not make this claim lightly. In this essay, I will be showing you exactly what is wrong with our current national anthem and why it is time Old Macdonald took its place as the rightful hymn of our proud nation.

To begin with, O Canada is a very exclusive anthem; it can only be sung in complete sincerity by a minority of people. First, atheists are exempt because of the plea of “God keep our land glorious and free”. This also leaves out Hindus and other polytheistic faiths, because pluralism is not represented with a singular ‘God’. The duty to “stand on guard for thee” also applies only to security guards, the army, goalies, and other ‘guarding’ professions. It is completely inconsiderate of the majority of the population that is not employed in this sector. If that did not narrow the audience enough, the anthem states that “true patriot love” is “in all thy sons’ command”, a blatant propagation of misogyny. These lyrics beg the question: what of those who aren’t monotheistic male security guards? How are we to include them?

Old Macdonald had a Farm is the answer. The message of Old Macdonald and his farm is one of diversity and tolerance: two values that Canada is most known for. This old song speaks of cows, pigs and chickens that all live in acceptance of one another. This mirrors the harmony of the Canadian citizenry whether black, white, brown, yellow or red. We need an anthem that emphasizes this diversity, not one that defeats it. I believe that the ‘E.I.E.I.O’ of Old Macdonald actually stands for “Every Individual Exists In Oneness”; there is hardly a better phrase that defines the Canadian experience.

Canada possesses a very unique identity, but its place in the world is often skewed and does not give it the respect that a nation of its caliber deserves.  This shouldn’t be so hard; Canada is next to the U.S.A after all, it should already look great by comparison. Furthermore, the passive and overly-polite Canadian stereotype that has spread worldwide might be attributed to the  very title of our anthem. The “O” in O Canada can sometimes be interpreted in a diminutive way, as in “Oh, Canada, I didn’t notice you there”, serving only to reinforce our nation’s passive persona. The anthem’s “true north” claim is easily refuted with one glance at a map. Greenland, a part of Denmark rather than Canada, is the real “true north”. 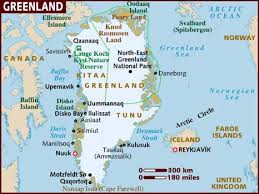 Why should we indulge an anthem  that not only belittles us but takes credit where it isn’t due? Perhaps the most offensive line in the entire song has yet to be mentioned though.

What’s really unsettling about our current anthem is the following lyric: “O Canada, our home and Native land”. Why brag about how Canada is built on what was once Native land? How can this be sung proudly, let alone as part of the country’s national anthem, especially with the government still paying for its trespasses against the Native peoples? Why gloat in their faces about it every morning at 8:30 in the unison of a choir? Why turn a regular elementary school into a residential school all over again for a small number of Native students? We need to change this; let the pastoral verses of “Old Macdonald” wash away Canada’s sins and represent its people as unified, its history as glorious.

Old Macdonald represents Canada’s roots. The “Macdonald” of Old Macdonald can be a reference to Sir John A. Macdonald, Canada’s first Prime Minister. He led Canada for 19 years in total, and is often known as the “Father of Confederation”― the man largely responsible for bringing separate colonies of Britain together as the Provinces we know today. We should recognize his role in shaping Canada’s identity, and what better way than with a new national anthem that pays tribute to the great Old Macdonald.

Old Macdonald can not only reference a founding father and  first Prime Minister, but the “Farm” mentioned in the song pays homage to Canada’s humble roots as an agricultural settlement. Remembering the past, being proud of our humble beginnings: these are feelings an anthem is meant to inspire every time it is heard or sung. Children know and love Old Macdonald. They can sing it by heart, with all their heart,  without a hitch or slip of the tongue. It is truly an accessible piece of musical literature that embodies the Canadian spirit.

An anthem is meant to inspire pride; it is meant to evoke patriotic emotions. It is also something many proud citizens of this nation must listen to every day. Apparently, this has become a chore as indifferent Canadians do not care to know the lyrics of our current stagnant anthem. It is evident that change is needed. A new anthem must be ushered in to revive the Canadian spirit; for a great nation to suffer because it lacks an anthem that its people love to sing proudly is disrespectful, nigh unacceptable. It is time for change. Let Canadians have something to be proud of again; never mind the beer, the hockey, the maple syrup. Resuscitate what it really means to be Canadian. Canada deserves to be proud for what it is: a grade “Eh” nation.